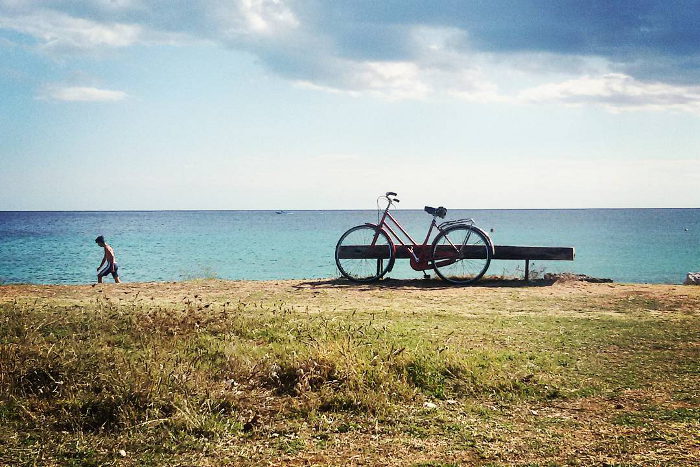 Generally those coming in Salento, in this part of Apulia where you find Porto Cesareo, are looking for its beautiful beaches. However, the area can offer many other exceptional natural resources. Not only beaches, but also: Mediterranean vegetation, woods, karst phenomena, islands and much more. Porto Cesareo offers both the inland countryside ecosystem featuring olive groves, pastures and vegetable cultivation, and the coast ecosystem consisting of Mediterranean vegetation, dunes and marine environment with a great biodiversity. There are two protected areas: the regional natural reserve of Palude del Conte and Duna Costiera on the coast and the Marine Protected Area in the sea. 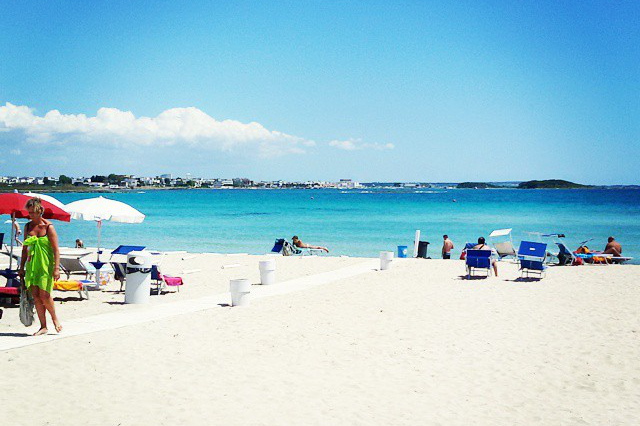 The reserve, together with the complementary protected area in Taranto district, preserves the remaining of the ancient and dense Arneo vegetation, a land of malaria, cowboys and bandits. Today it’s a complex mosaic of ecosystems, including the overall suburban coast of Porto Cesareo, from the widely-spaced Torre Squillace to Punta Prosciutto, overlooking the Marine Protected Area, its continuity factor. The reserve Palude del Conte and Duna Costiera include three relatively homogeneous areas.

The Strea Peninsula and the small archipelago of islands overlooking the town, include Isola Grande and the rocks of the Terra, Mojuso and Malva, featuring a highly salty environment with large salicornia fields and cliffs. It also offers endemic points, as the mysterious “Iris revoluto” of rock Mojuso and the Baudot buttercup in Strea, included in regional Red List. The poor accessibility makes this side of the park a grazing area for numerous species of shorebirds and herons, while the external beaches host the tern nesting, with high hopes for the one of the rare Corsican seagull.

The Spunnulate of Torre Castiglione are a number of groundwater outcrops caused by karst erosion, unusual and little-known ecosystems connected by underground, with brackish water – including Sarcopoterium spinosum – and wetland wildlife, particularly fish including the rare “ninth”. The westernmost side of the protected area still offers, despite the presence of large urban areas, the typical sequence of sandy coasts with the strip of dunes – with cuddly juniper and the rarer Phoenician one – the lowlands behind the dunes with rushes and salicornia fields, wrecks the ancient Paludi del Conte, Fede and Felicchie, with the system of tanks and channels acting as an ecological network of natural environment, featuring rare plants, birds such as the kingfisher, the tufetto, Cetti’s warbler, beccamoschino and marsh harriers, as well as the European pond turtle and a variety of dragonflies.

Upstream you can find the Arneo wood, returning a deciduous forest with an interesting underbrush. Inwards there are large areas of vegetation and scrubland. 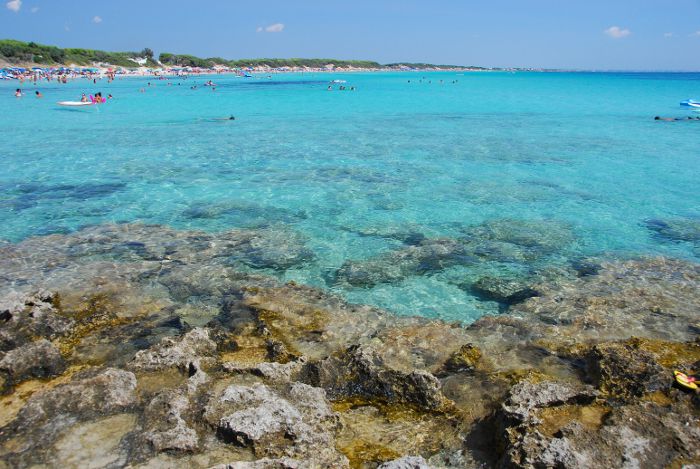 The MPA was established in 1997, it has a maritime area of about 17,156 hectares and is adjacent to the entire shoreline of the town of Porto Cesareo. It covers about 7 miles from the coast, between Torre dell’Inserraglio and Punta Prosciutto and offers an A area of integral reserve, a B area of general reserve and a C area of partial reserve. A peculiar feature of this Ionian Sea area are abundant and colorful coral formations and the overlapping of algae, sponges and Anthozoans, making it one of the most beautiful seas. The beauty of these scenarios reaches its peak when the sun’s rays penetrate the dozens of caves in the area, remains of a very active and visible karst phenomena. Additional information on the marine protected area website.