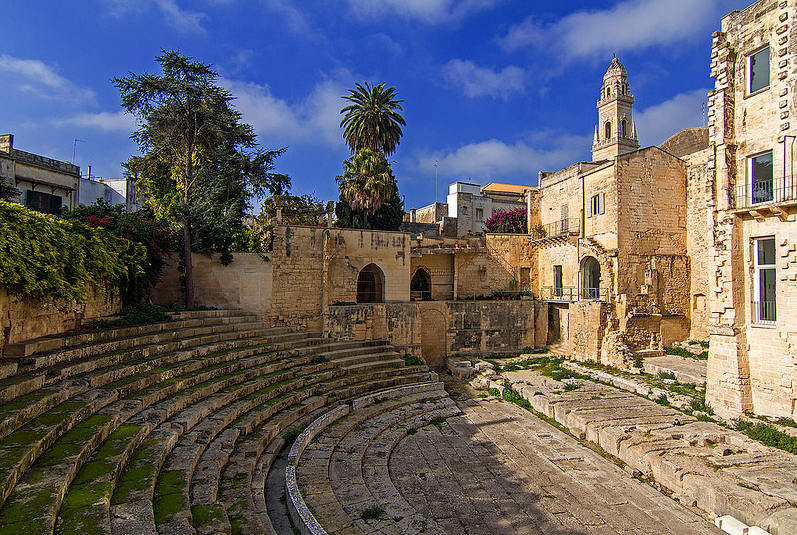 In the heart of the historic centre of Lecce in Puglia, strolling down its alleys, you may come across some real masterpieces of culture and art. There is a secret place, very big in terms of size albeit invisible, a few steps from the Duomo and from Piazza Sant’Oronzo yet one usually passes by it without seeing it: the Roman Theatre. Why? Because it is hidden amongst the buildings of the Baroque city and to see it you must know where to go. Yes, up till now we have understood that in Lecce besides the beautiful Roman amphitheatre there is also a Roman theatre.

The monument was discovered by chance as it often happens in Italian cities: you excavate to restructure a building and from the ground out comes some fragment of history. In the case of Lecce it was 1929 when during some works, the cavea was brought to light, in other words the steps where the spectators took seat. Then the statues that decorated the theatre were found, statues going back to the times of the Antonini. But the actual theatre was thought to have been built in the I-II century after Christ. Today we can only see a part of it having built all around it but it was thought to contain about 5.000 people. As all theatres of that time both comedies and tragedies were performed. As for fights with animals or among gladiators there was the amphitheatre.

How to get to the Theatre 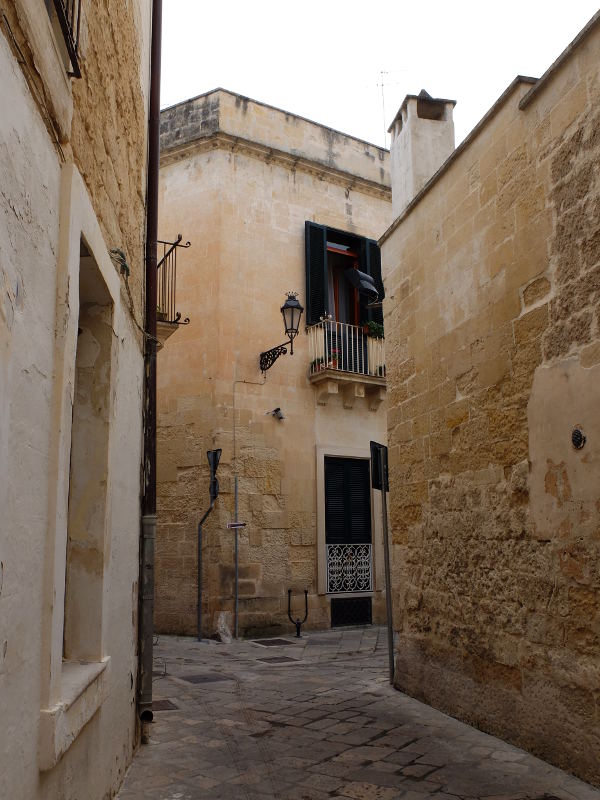 The road that leads to the theatre is Via Arte della Cartapesta. You can access it from the small square near the Church of Santa Chiara, a few steps away from Piazza Sant’Oronzo. Or on the opposite side from Via Theutra. It’s one of the things that you must absolutely see when you come to Lecce, therefore insert it in your tour of the ancient city. If you look at the map, it may also seem that you can access it from Via degli Ammirati, but that’s not possible because that piece of road to the theatre isn’t open to the public. 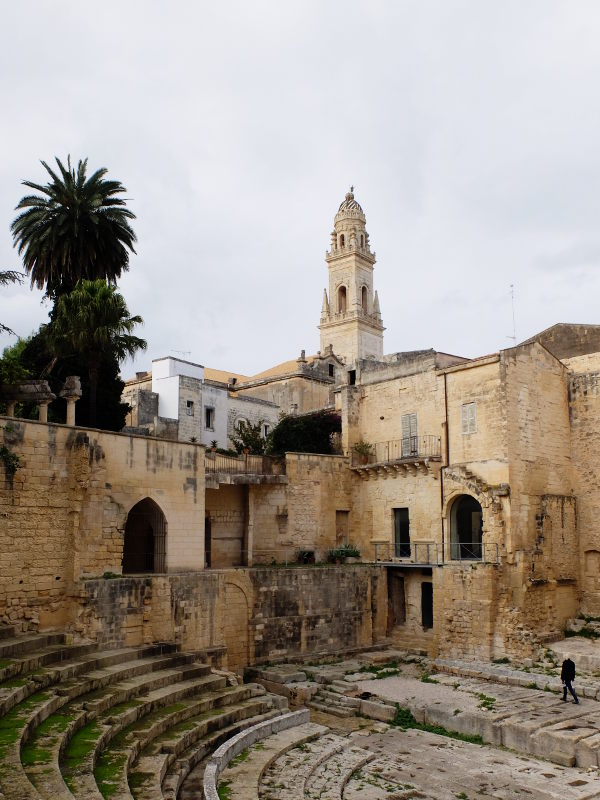 In Via Degli Ammirati though, you will be able to visit the Museum of the Roman Theatre. The Museum exposes: some findings discovered during the excavations; the expo called “Rome, the scene of life”; some theatre masks from Villa Adriana in Tivoli; a plastic reconstruction of Lecce in the Imperial age (Lecce was called Lupiae at that time).

This post of mine could also interest you: Top 3 things you absolutely must see in Lecce. If you need information and suggestions, just ask.