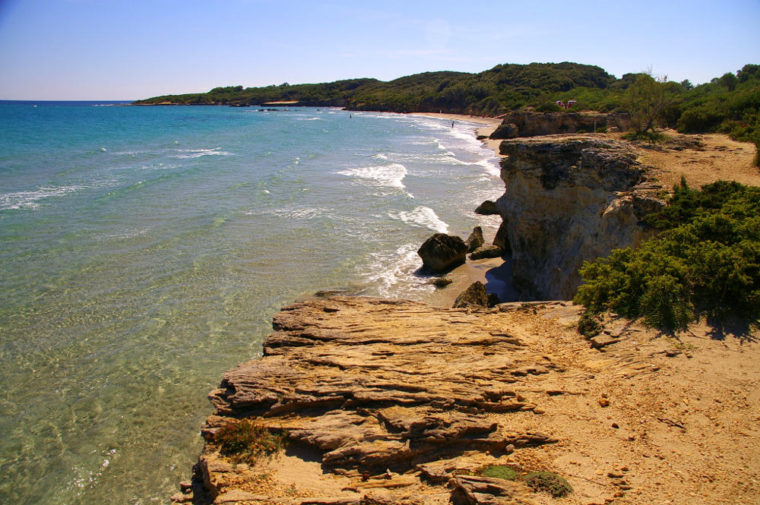 Anyone who comes to Salento, both for a short period as well as for a long holiday during the hot summer, should absolutely visit Otranto, one of the most beautiful beach town in Italy. To arrive to the white and ancient town of Otranto, exposed on the Adriatic shoreline of the Salento, is very easy: […]

Some of my friends have opened an establishment on the beach of Torre Lapillo: The Waikiki Beach, right in the centre of the bay. I will take advantage of my blog to tell you about it: to discover new places and spend a wonderful holiday in Torre Lapillo, in Salento.

I love walking in the open air through the countryside, and here in Salento there are fantastic views to be seen in spring time. So much so that even if finding the time to write is getting harder because of the summer season approaching (which means more work), I still wanted to write this post […]

In October I enjoy my Salento sea completely. It’s a period in which we work less here at the beaches, schools have started again, working life also after the summer holidays. But for those of us who live in Salento, some weekends can be really incredible! Yes, because even if October is a month that […]

Besides its beautiful beaches, Otranto has many other things to offer you: it is definitely one of the most beautiful sea towns of Salento and of Puglia in general. There are many of them, such as Gallipoli, Santa Maria di Leuca, Castro and Porto Cesareo, but Otranto has a different kind of charm. It is […]

Lecce’s historical character is expressed by its historical center, rich in cultural and architectural marvels of the past. However, if I had to identify the symbol of Lecce’s ancient origins, I believe it would be exactly its Roman Amphitheatre in Piazza Sant’Oronzo, the core of the city. Just think that, until the last century, no […]

Only one of the many things to do in Puglia? Visiting a winery is a suggestion I strongly recommend if you are passionate about food and wine. Puglia is a land which is rich in wines, especially red and rosé wines. It is, in fact, the homeland, of two grape varieties, which are very important […]

I asked J.M. Pasquesi to tell us some tips and information about Ancient Rome for kids. The idea came to my mind when my brother’s family went to visit Rome for the first time with the new entry Antonio: visiting the Colosseum with him was completely different! So, what to do in Rome with kids? […]