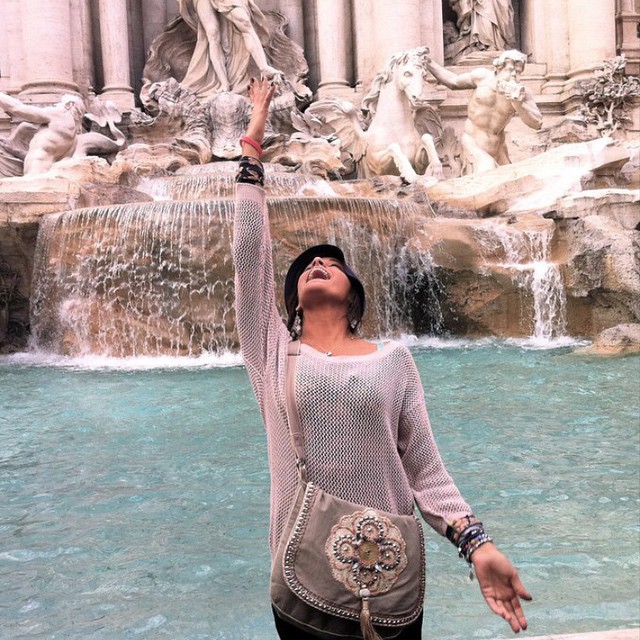 There are lots of stories about the fountain, and it couldn’t be otherwise for a monument in Rome that represents not just the city but Italy to people around the world. Unforgettable film sequences have been filmed at the Trevi fountain and numerous superstitions and legends have formed around it, too. We’ll take a look at a few of them here in this post. I realise that this place has been the subject of hundreds of stories and that, of course, I can’t possibly know them all. But I’ve chosen those that really are ‘must know’s for anyone who wants to arrive prepared for their visit to what is one of the world’s most famous fountains.

In the film La Dolce Vita they shot a scene actually in fountain basin itself that has come to be considered the most representative of all Italian cinema. In the scene, Anita Ekberg jumps into the fountain and invites co-star Marcello Mastroianni to join her, saying: “Marcello, come here.” And he replies: “Yes, Silvia, I’m coming in, too.”

2) Throwing coins into the water 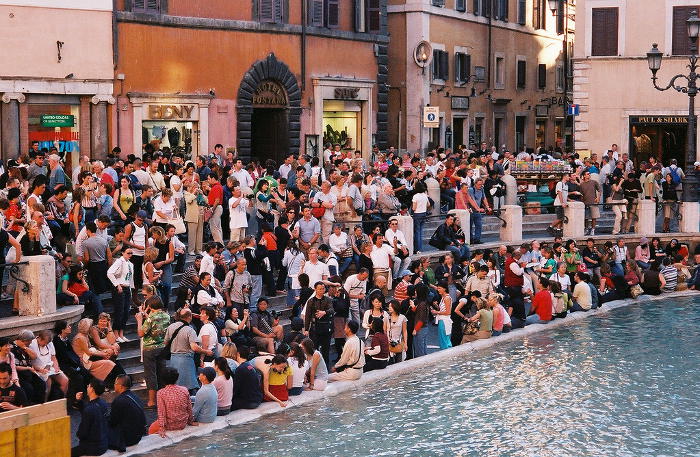 The most important thing to do when you come to Rome is to throw a coin into the fountain: with your back to the fountain throw it in, over your shoulder. This is a sure guarantee that you’ll come back to Rome again one day. There’s another legend, too. If you throw three coins in: the first guarantees a repeat visit to the city; the second means a love affair, and the third means a wedding. This legend was the inspiration behind the film Three coins in the Trevi Fountain directed by Jean Negulesco.

3) What happens to the coins people throw in?

The coins recovered from the fountain are all donated to the Rome branch of Caritas. They amount to about 3,000 Euros a day but the precise amount is difficult to quantify because coins of all different currencies get thrown in and so first they have to be changed into Euros at the bank. But anyway, we’re talking thousands and thousands of kilos of coins. The previous video shows how the coins are fished out at the crack of dawn every day. 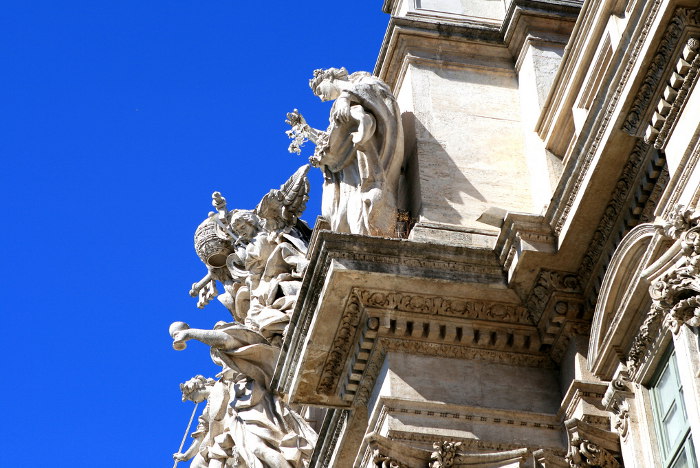 Another legend of Italian cinema, comic actor Totò, tries to sell the fountain to a tourist in the film Tototruffa 62. Imagine, he even tried to sell the royalties on all the photos taken by tourists!

6) What about the water? 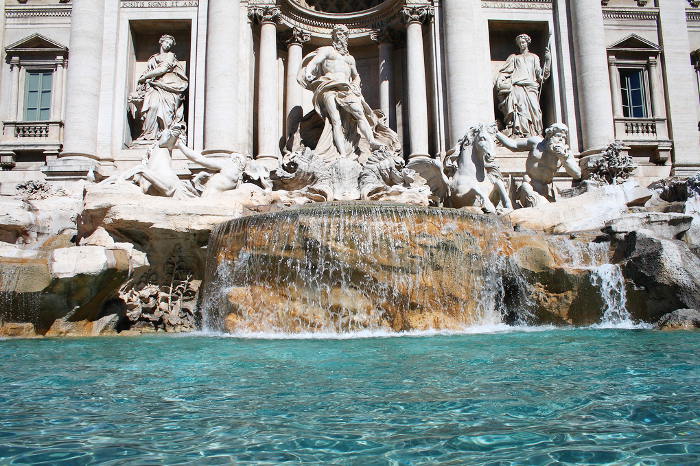 There’s a load of water in the fountain, too – over 300,000 litres in all. In comparison, the capacity of water carried by the Vergine Aquaduct is around 2,200 litres. The flow rate of water to the jets is 150 litres a second.

In 2007, aniline-based dye was poured into the fountain water which soon turned the water red. The dye didn’t damage the marble but images of the red Trevi Fountain went quickly round the world. 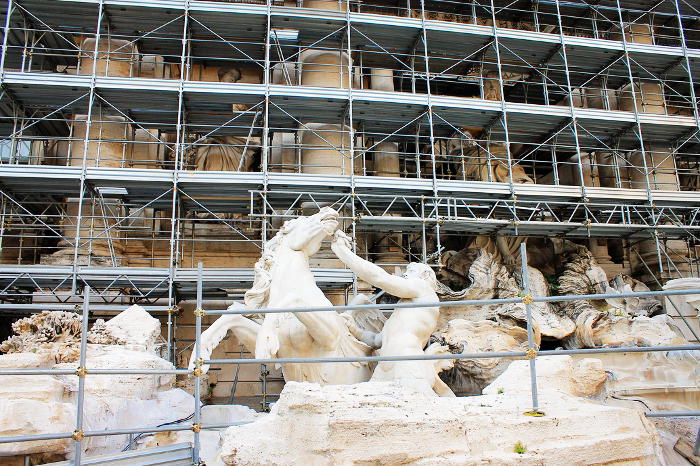 The construction costed 177,000 scudi – the currency of the period. Initially, in Bernini’s time, it seems that the works were financed by a tax on wine throughout the city of Rome. A very unpopular tax …

What else is there to say? If you come to Rome the Trevi Fountain is something you really must see. Pause for a moment and take in the beauty. Then throw in your coin. Or coins. It all depends what you’re looking for…

Some of the previous information are takeb by Restaurofontanaditrevi.it website. The first picture is by Alexa Gorogianis. The picture with the crowd at Trevi fountain is by Chris Yunker. The following two pictures are by Justin Ennis. The picture about the fountain restoration is by Tijana Jovanovic. Thank you to all!

Commenti su “Facts and traditions about the Trevi Fountain”