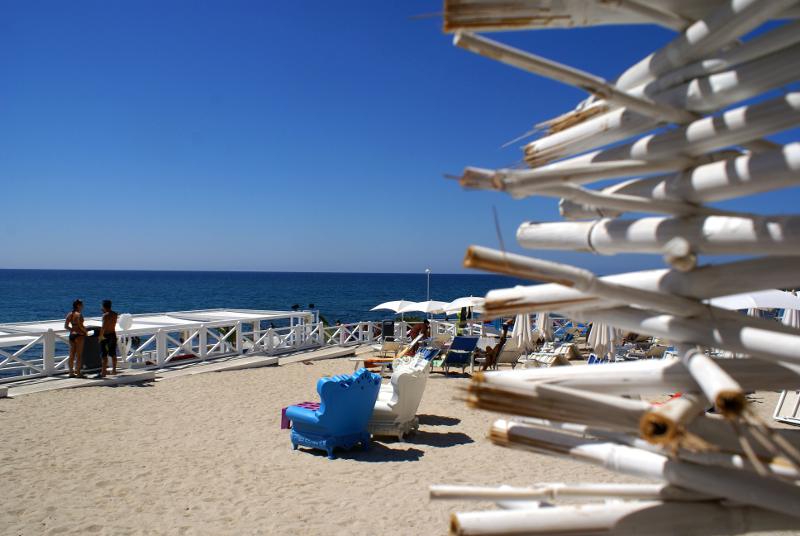 Torre San Giovanni at Ugento marina is fantastic a summer holiday location for those who love the beach and the sea in Salento, Puglia. Kilometres of sandy coast with low dunes and a shallow crystal clear sea that stretches for many metres from the shore. I want to take you to discover this enchanted place. I will tell you how to get there, where to find the beautiful beaches and some curious things about it, with photos and a map of the beach.

Where is Torre San Giovanni? 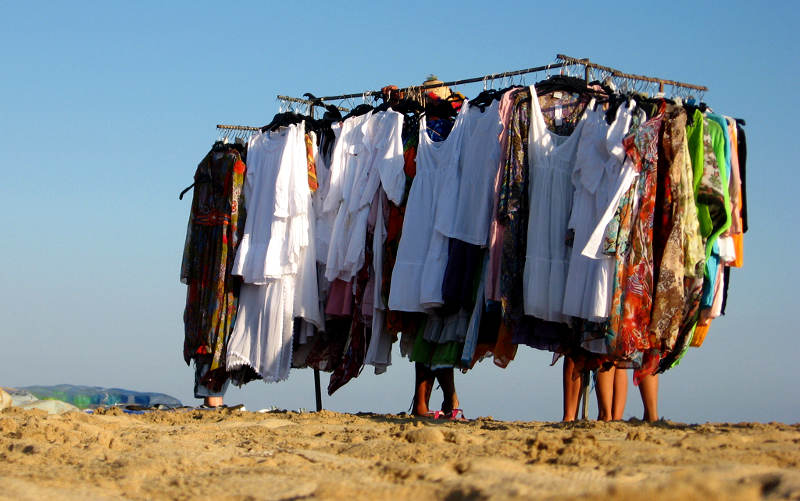 Where is Torre San Giovanni to begin with? The location is a marina of Ugento, the main city in the area. It is located along the Ionian coast of Salento between Gallipoli and Santa Maria di Leuca, right in the middle. All around it there are other famous sea locations of the lower Salento, like Torre Mozza, Lido Marini, Torre Pali, Torre Vado and Torre del Pizzo. Torre San Giovanni is in a strategic position for its fantastic beaches and also because it is easy to get to the hinterland by car so you can visit beautiful cities like Ugento, Specchia, the Serre Salentine, the countryside with the olive trees and the dry stone walls.

And the beaches of Torre San Giovanni? 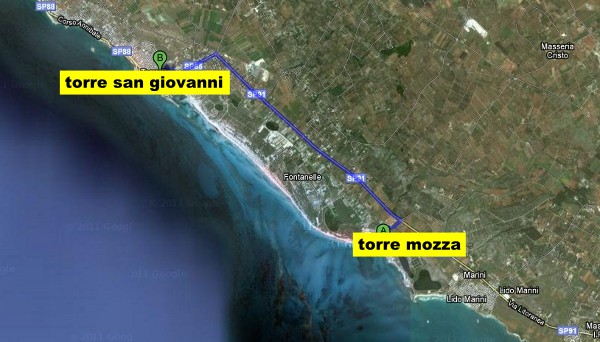 Ok, you will want to ask me: and where are the beaches you talk about so much, Fabio? The beaches are between Torre San Giovanni and Torre Mozza, about 7 kilometres of uninterrupted beaches! The good thing about these beaches is that there aren’t any buildings for 500 metres or more from the coast: it is an area where you will find lots of Mediterranean maquis, you will stroll along paths that lead to low dunes and on to the sand. Believe me it is marvellous. Some of the most renowned night life takes place on this beach especially at the Coco Loco resort: aperitifs on the shore, music, dj sets. It is the coolest seaside resort in Salento. But there are wide areas for those who would like to find peace instead, after all we are talking about 7 kilometres of fine sand…

Torre San Giovanni Marina
There are Messapian and Roman traces in the area. But its around the tower that the marina develops. It is a tower that is completely different from the others in Salento: take a look at its checked color! Don’t ask me why it’s like that because I don’t know but if I ever come across the answer, I will let you know. In the 70s it developed from a touristic point of view. Today you can spend a holiday at the sea in Torre San Giovanni in a flat, in a holiday home, in a hotel, a b&b or a residence. The offers are abundant. In terms of services, the marina offers you everything. It has a small fisherman’s port that is right sat the foot of the tower.  Around the tower you will find the fishmonger’s that are packed during the summer season. In the surrounding areas you can also visit the routes of the Ugento Coastal Regional Natural Park established in May 2007.

The second photo is by Vincenzo Dragone.