Gallipoli’s beaches in Puglia are among the most beautiful and best beaches in Italy. There isn’t just one beach in Gallipoli, but many beaches and creeks with rocks and sand. The longest and best known beach is Baia Verde beach, but there are others that you can easily locate in this mini-guide: Lido Conchiglie beach, Padula Bianca beach, Rivabella Beach, Purità beach, and Punta Pizzo beach. Besides Baia Verde beach, of course. The beaches are listed starting from the north of Gallipoli and moving south towards the sea in the Maldives of Salento. Let’s begin!

Where is Gallipoli in Puglia?

Gallipoli is located on the Ionic coast of Salento, Southern Puglia. It can easily be reached from Lecce using the Lecce – Gallipoli SS101 highway. Gallipoli is located about halfway between Lecce and Santa Maria di Leuca. Gallipoli’s coast is several kilometres long. There are some beaches with fine white sand and there are others with low rocks, especially near the centre of inhabited areas. The beaches are beautiful along the north and south coast; sandy beaches can quickly be found by moving a few kilometres to the north, as well as by moving a few kilometres to the south. The only beach in Gallipoli itself is Purity beach, a small, fantastic gem.

1) Lido Conchiglie beach
Lido Conchiglie is a village that is about 7 km to the north of Gallipoli. It is a small suburb of the Sannicola municipality, on the outskirts of Gallipoli. Going along the coast from Porto Cesareo towards Gallipoli, Lido Conchiglie can be found just past Santa Maria al Bagno and near the Spaccata Mountain (Montagna Spaccata in italian). The coast here is a couple of kilometres long and characterized by a sandy stretch with equipped beaches, which are also free. There is a stretch of low, rocky cliffs, as well as a small stretch of ones that are a bit higher, and there are places where you can also go diving. The sandy beach is more to the south, towards Padula Bianca. Accommodation: the town centre is on the sea, so you will find holiday homes and apartments close to the beach. There are also some hotels and bed and breakfast accommodation. 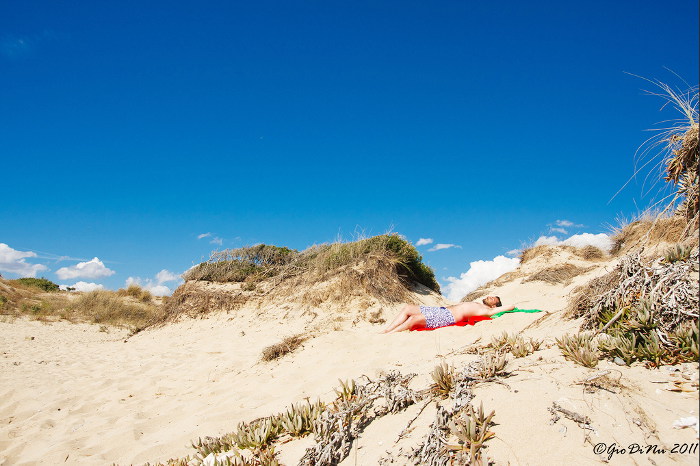 Padula Bianca is the first location to be found in the municipality of Gallipoli, which you will encounter when coming from the southeast of Lido Conchiglie. The beach here is a little less than 3 km long, is full of dunes and great sand and has a Mediterranean feel to it. Padula, in the Salento dialect, means swamp, which is what this area was before its reclamation. Here, there are both establishments providing services and free beaches. Accommodation: Padula Bianca is an irregularly urbanized area. Instead of a town centre, you will find cottages and villas scattered along the roads leading towards the sea front. 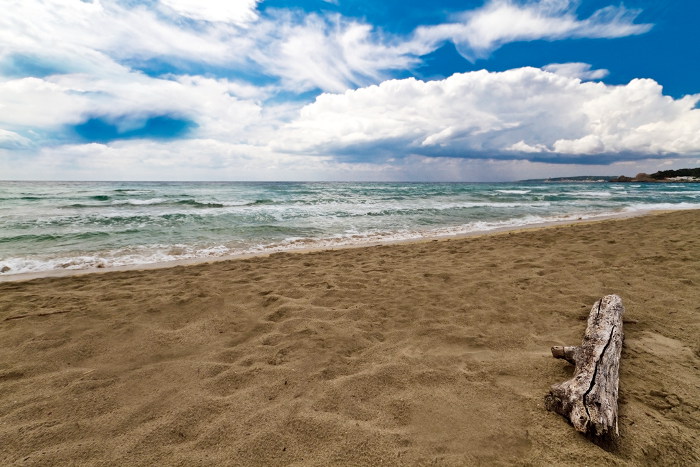 Going to the south, we find the beach of Rivabella, a small village of holiday houses. It’s a nice beach with small dunes, white sand and crystalline sea. There are some places where you can go swimming. In this area, there are several holiday apartments for rent, hotels and campings, supermarkets and small shops. There is also an entertainment center called Parco Acquatico Splash with aquatic games.

4) Purità beach
As you pass Rivabella, the next sandy beach is the picturesque beach of Purità, or, as the locals here like to call it, Puritate. It is also called the ‘Breast of Purity’ (Seno della Purità in italian), a name that comes from the nearby church dedicated to Saint Maria of Purity. The beach of Purità is a beach inside the historic town centre of Gallipoli, a special site to see. It is located at the foot of the city walls, close to the restaurants and bars on the beach front. You must stop here: go and visit Gallipoli’s historic town centre, take a dip in the Puritate, and then stop for lunch at one of the many restaurants overlooking the sea, which are around 10 meters from the beach. It’s a truly beautiful experience! 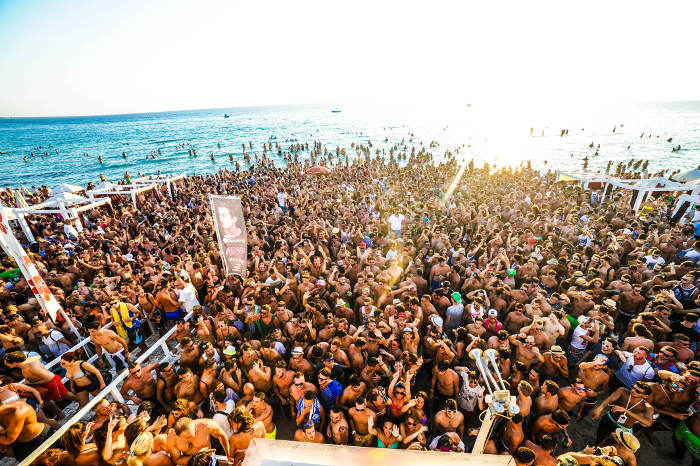 From Gallipoli’s historic town centre, head southwards along the Galilei promenade. After roughly a couple of kilometres of low rocks, we find St. Giovanni, and then the wonderful Baia Verde. It’s a kilometers-long sandy bay. At the center of the bay lies the town centre, which takes its name from ‘Baia Verde’. Between Lido San Giovanni and Baia Verde you will find the highest concentration of tourist attractions offered in Gallipoli: equipped beaches, resorts, residences, villages, hotels, B&Bs, as well as many private accommodations used as holiday homes, including apartments, cottages, villas and several farmland homes a little more inland. With all its beaches and the trendiest clubs, Baia Verde is also the heart of the Italian summer night life at the moment. The beach is white with shallow crystal-clear water and dunettes with Mediterranean vegetation right behind it. A real charm. 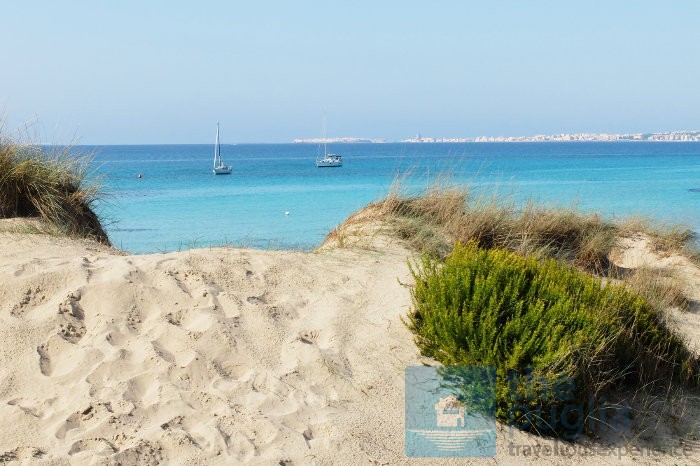 It is located south of Baia Verde, where the landscape becomes a lot more wild. The area is called the Regional Natural Park of S. Andrea Island. The coastal area of Punta Pizzo consist of several bays with sandy beaches and reefs, from Punta della Suina all the way up to Lido Pizzo. This is a beautiful area also, with crystal-clear water and the ability to go bathing almost anywhere. Here, you won’t find accommodation right on the beach front, but you will find the essence of nature in the Mediterranean landscape. To get here, you must take the car.

All these beaches are suitable for families with both small children and teenagers. In Gallipoli, you will find many establishments equipped for those who want a relaxing holiday by the sea, but there are also many kilometres of public beaches (there is a huge influx of visitors in August). There are several different types of overnight accommodations to choose from, either close to the beaches or those a little more inland (where you can opt for nice farms and local farmhouses called masseria). In addition, Gallipoli has a large variety of discos and nightclubs, which are the most renowned for night life in the Salento region. If you would like additional information about the area, feel free to ask. I’m here to answer any queries you may have in the comments section or via private email!

28 Commenti su “Where are the best Gallipoli beaches in Puglia?”