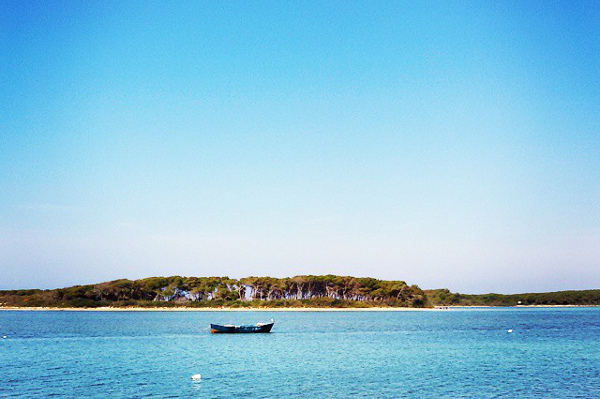 If there’s one time every year when all we Italians drop everything and go on holiday it’s the summer. For us ‘summer holidays’ mean almost without exception going to the sea: sunbathing, lying on the beach, relaxing in the warm water. It’s a tradition that goes back generations: heading for the sea for your summer holiday is an absolute ‘must’. Some of us use our holiday time to head off to popular foreign destinations like the Maldives, the Caribbean, Polynesia … but most stay in Italy to enjoy the miles of coastline perfect for bathing. So where exactly do Italians go to spend their summer holidays in Italy?

The following are the classical Italian summer holiday destinations: Sardinia, the Riviera Romagnola, Sicily, the Amalfi coast, Liguria and Tuscany. In past years, it has been the Riviera Romagnola that has taken the lion’s share with its resorts like Rimini, Riccione, Milano Marittima: here are some of Italy’s busiest beaches and some fun locations best loved by Italy’s youth. The other undisputed favourite is Sardinia, the island in the middle of the Mediterranean with some of Italy’s most beautiful beaches. Places like Porto Cervo, Villasimius, San Teodoro and many more have been top of our list for many years. However, in recent years, things have changed because of the increased price of ferry crossings so lots of tourists have headed elsewhere. Where? Sicily and Tuscany are among the favourites, but there’s one are in particular that is surpassing the others and that’s Puglia, the region where I live all summer managing holiday homes in Torre Lapillo Bay, and the region where I was born. 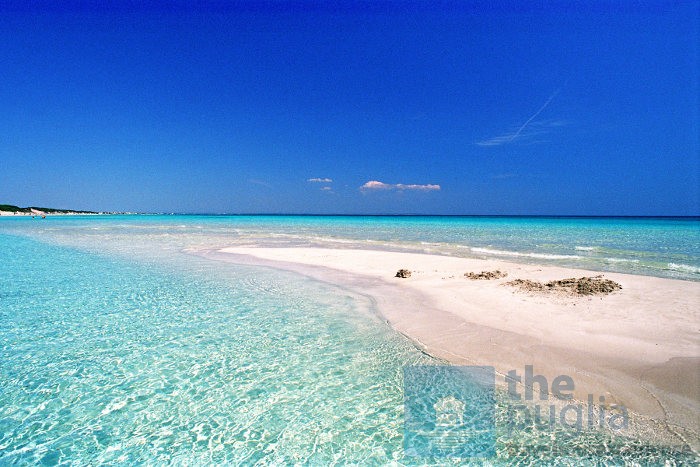 Let me give you a history tour. My family owns a holiday home on the beach at Torre Lapillo, in the Porto Cesareo area, a few kilometres from Gallipoli. I was born here and have always spent my holidays by the sea (just on the place of the previous picture …), from June to September: going off with my friends in the morning and coming home at sunset, I spent all my time in the sea and always went as brown as a berry. I’m talking about 15 years ago, although it seems ages ago now as so much in my home area has changed in recent years. Back then, it was just us ‘natives’ and a few local ‘emigrants’ gone to work up north and back for the summer. We had the beaches to ourselves then and, as anyone will know who’s even only been here once, I’m talking about beaches you’d call ‘tropical’, and right here on the Mediterranean! In those days most Italians always went to other places, they didn’t come here. Then, little by little they started to discover our region, especially the southern part called Salento, and year on year, numbers have increased. 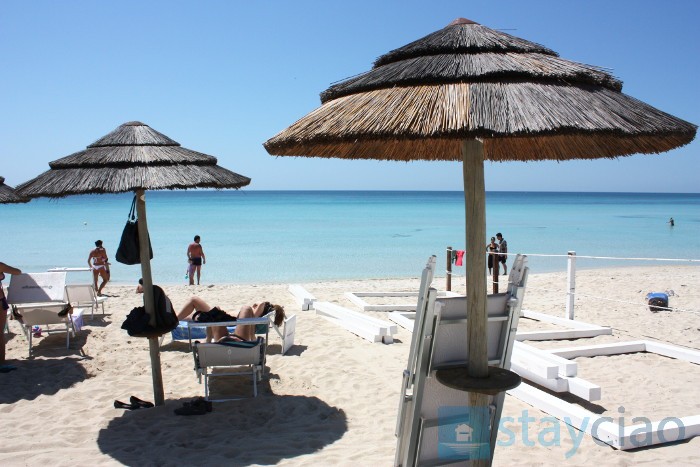 Today, the Salento area and its beaches are the most popular in the whole of Italy: Gallipoli has usurped Riccione and Milano Marittima in terms of numbers of young holidaymakers attracted to its discos and night life; and the Maldive-like beaches of Salento, Otranto, Torre dell’Orso and Porto Cesareo are the most popular with families who have children in tow. Why? Simple – for their beauty. These are beaches with the finest white sand and the clearest water you’ve ever seen and, what’s more, it’s always hot, something which is not always true of the rest of Italy. Where can you find such lovely beaches, and so many of them in all of Italy? In Sardinia and Puglia, and I don’t think you could name anywhere else except for one or two lovely beaches here and there, of course. Anyway, Puglia with its area called Salento, has now become the hottest holiday destination in Italy. So allow me to list again the reasons why all we Italians flock to Salento in the summer.

1) The best italian beaches are in Salento
Italy’s most beautiful beaches are here. Fine white sand, dunes, lots and lots of beaches and beautiful coves, mile after mile of them.

2) The sea is just crystalline
The water is clear and more importantly, warm, as I said before. Not so much in May and June, but late on in the summer season the water gets very warm, especially in August and September. Of course, by European standards, it’s OK even in May when lots of people start to go in the sea. While you can take your last swims of the year here as late as mid-October.

3) Salento’s hinterland is one of the most beautiful italian rural areas
The other lovely thing about this area is the hinterland. Salento is a little peninsula in the south of Puglia, the so-called ‘heel’ of Italy: indeed, we here are right on the end of the heel. In 50 or at the most 60 kilometres you can go from the east coast to the west through some of Italy’s most beautiful countryside with little villages, woods of centuries-old olive trees and vineyards as far as the eye can see. One of the most beautiful rural areas.

4) Wine and food …
Obviously, there isn’t one place in Italy that doesn’t have its own special, unique cuisine. Here, too, there is the local cuisine as there are the native wines from age-old vines like Primitivo and Negroamaro. Just a few kilometres from the sea you’ll find real Italy with its wine farms, olive presses and family-owned farms all set in beautiful countryside.

5) Prices are still ok
As far as prices go, considering that Puglia is quite a recent discovery they aren’t yet at the level of those of other famous Italian destinations. Apart from the month of August you can get a holiday apartment by the sea from around 300.00 to 400.00 € a week (price per apartment and not per person). Not bad, right?

Believe me: the secret place to discover in Italy before the real masses of tourists get here is Puglia, try it and you’ll see what I mean …